The eclectic city of Glasgow might not be Scotland’s capital, but it’s arguably the cultural capital of the country.

A plethora of fascinating and educational museums await in Glasgow, ranging from the Transport Museum to the Glasgow Art Gallery; there are so many incredible museums that you have to visit on your next trip to the city. Thankfully, our guide to the best museums in Glasgow breaks down the top 9 you absolutely have to visit.

The Riverside Museum is one of the most popular and beloved museums in Glasgow and rightly so; it’s a wonderful feat of architecture thanks to designer Dame Zaha Hadid.

Here you’ll find the city’s most incredible technology and transport collections that reflect the important role that Glasgow has had on industries, such as train manufacturing, engineering and shipbuilding.

However, you don’t have to be a transport fiend to appreciate just how awesome the Riverside Museum is; it’s a place that welcomes visitors of all levels of interest. And when you leave, you’re sure to feel enlightened at the marvellous history that you discovered behind those doors. From classic cars to a remarkable steam locomotive, the Riverside Museum houses some of the most wonderful displays of engineering and modes of transport from Glasgow’s rich history.

Home to more than 3,000 objects inside its magnificent collection of archaic artefacts, the Riverside Museum is a must-see in Glasgow if you’re looking for an immersive and educating experience as a couple.

Situated just a 10-minute drive or 13-minute bus ride from our Glasgow hotel, Kelvingrove offers visitors the chance to immerse themselves in one of the true wonders of the city.

The gallery opened all the way back in 1901, but it had a £28 million renovation in the early 2000s to create the enigmatic space that it is today. Inside you’ll find a myriad of exhibitions detailing everything from modern art to Ancient Egypt to some of the most sought after artworks in Europe. 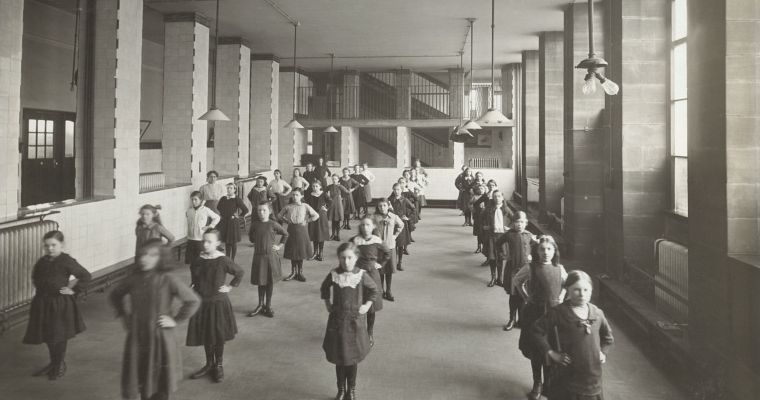 If you’re interested in learning more about the education system, then look no further than the Scotland Street School Museum; a museum that will transport you all the way back to the Victorian era through to the 1960s, giving you an insight into the Scottish education system.

While most of us probably recoil at the thought of going back to school, a visit to the Scotland Street School Museum isn’t something you should shy away from.

Expertly designed by architect Charles Rennie Mackintosh, this museum was once an actual school that was intended to teach the children of those involved in the expanding shipbuilding and engineering scene in Glasgow. Unfortunately, as urban decay took place in the 1970s, attendance at the school sank to an all-time low, meaning that it had to close for good to students.

It was later reopened as the museum we know today and through immersive exhibits, you’ll get a true sense of what it was like to attend school throughout the decades.

The Hunterian Museum is located within the grounds of the University of Glasgow and it’s a place that cannot be missed on a couples trip to the city.

Dating all the way back to 1807, the Hunterian Museum is in fact the oldest public museum in Scotland and it’s home to an enormous collection that rivals even those belonging to national museums.

Less than a 10-minute drive from Maldron Hotel Glasgow City, inside you’ll find a plethora of remarkable artefacts hidden away, including zoological, anthropological and archaeological objects that will open your eyes to the wonderful workings of the world.

Even the coolest kids are sure to gaze in wonderment at the Glasgow Science Centre; a museum that’s dedicated solely to the remarkable feats of science that you can only begin to wrap your head around.

Once you head inside the incredibly futuristic-looking building itself, you’ll be greeted with over 250 different exhibits ranging from the Planetarium to Outer Space, to a thought-provoking climate change exhibition that’s sure to alter the way you see our magnificent world.

A visit to the Glasgow Science Centre is sure to get you talking, and as you head back to our hotel, you’ll be equipped with some truly insightful talking points to discuss with your partner.

While many people associate the London Metropolitan Police as being the first institution in the UK, it was actually the City of Glasgow Police that was first introduced in 1800, making it the first-ever professional police force in Britain.

It’s a relatively small museum that’s largely run by volunteers, including many retired police officers, and while you’re guaranteed to learn all about the history of Glasgow’s police force, the International Police Exhibition offers the chance to see more than 2,000 items relating to police and the law from all over the world.

Located within Glasgow’s oldest park, Glasgow Green, the People’s Palace And Winter Gardens is a truly remarkable and captivating museum in the city.

You’ll find it just a half an hour’s walk from our hotel in Glasgow City and on a beautiful summer’s day, the walk there is almost as appealing as visiting the museum itself.

Home to beautiful paintings, pictures, films and various other assorted artefacts, the People’s Palace and Winter Gardens Museum is a tranquil haven within the city that offers stunning surroundings and mesmerising collections.

Football fans are sure to love a visit to the Scottish Football Museum. Situated within Hampden Park, the museum offers visitors over 2,000 pieces of football memorabilia, including the oldest surviving national trophy in the world, a vast sticker collection of some of the most famous football players in history, plus many signed footballs and various shirts.

Towards the end of the tour of the museum, you’ll be given the opportunity to score a goal from the Hampden penalty spot, which only adds to the fun of visiting the museum even more!

If you weren’t football-mad before visiting the museum, you’re sure to leave feeling a bit more lively than when you first arrived, and if your partner is really into football, then it’ll be a true pleasure to see them delight in the awesomeness of the Scottish Football Museum!

The Tenement House museum isn’t something that will be to everyone’s taste, but it is a museum that’s considered to be one of the best in Glasgow and it’s a bonus that it’s less than a 15-minute walk from our hotel.

This museum opens its doors to visitors who want to explore the intricacies of early 20th century Glaswegian life. Miss Agnes Toward lived at the Tenement House from 1911 until 1965 and it’s largely thanks to her dedicated care and attention to all the furniture and possessions located inside that the museum is what it is today.

With a collection of photographs, artefacts, common household objects and vintage furniture, the Tenement House is an insightful and immersive museum experience that you can enjoy on a weekend break to Glasgow.

Your Base For the Best Museums in Glasgow

All the museums listed above, including the Glasgow museum of modern art and the Glasgow Science Centre, are all less than a 20-minute drive from our centrally located Glasgow City Centre hotel so you don’t have to worry about travelling miles out of the city to get your culture fix. Check out our great hotel rooms and start planning your trip to Glasgow today!

Enter your details below to hear about our exclusive offers and sales.

Thank you for signing up to our newsletter.

There has been an error and you have not been signed up to the newsletter. Please try again. If the problem persists, please contact us.